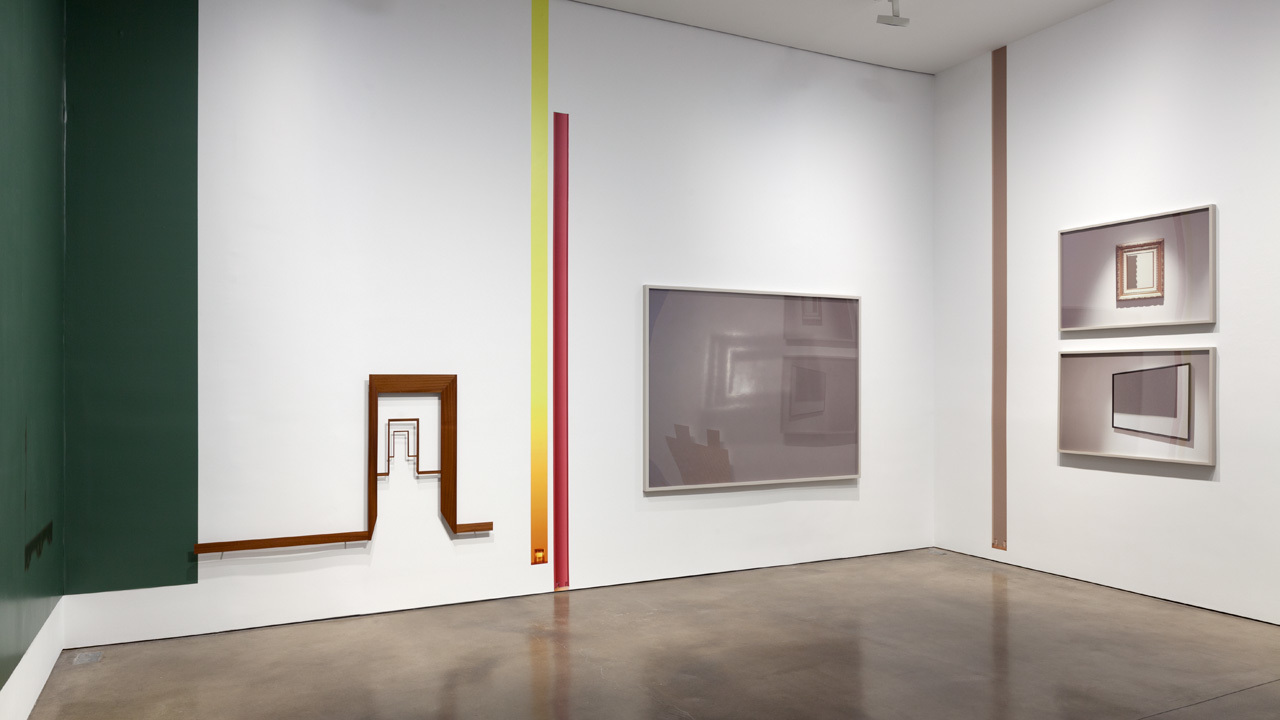 NEW YORK – The Paula Cooper Gallery is pleased to present Letters to the Reader, a major sculptural installation by Walid Raad, in an exhibition scheduled to open on February 27th, 2016 at 534 West 21st Street.

Letters to the Reader is composed of 11 painted and laser-cut wooden panels representing fragments of wall or wall samples. At the bottom of each panel is applied marquetry that suggests parquet flooring patterns. The following text accompanies the installation:

While visiting the recently opened museum of modern Arab art in Beirut, I noticed with great surprise that most paintings on display had no shadows. At first I was beside myself, convinced that religious zealots had destroyed the shadows. But there was no debris. I pondered anxiously whether the shadows had lost their bearings or grip. But I suppose I should have known all along that the shadows were not destroyed nor lost: they had simply lost interest in the walls where they were made to hang. I decided to build new walls on which I carved shadow-like forms—magnets of sorts—in the hope they’d attract the restless shadows. Thus far, not a single catch.

Letters to the Reader was exhibited to much acclaim in the 31st Sao Paulo Biennial from September to December 2014, followed by two additional venues in Brazil. Other versions of the piece were also shown at the Museum of Modern Art Warsaw (Feb-Aug 2015) and the Serralves Foundation in Portugal (Oct 2015-January 2016).

The exhibition will also include another installation of Raad’s recent photographic and sculptural works.

Both installations further Raad’s ongoing art project titled Scratching on things I could disavow. With this project and for the past 8 years, Raad has been documenting the building of new infrastructures for the arts in the Arab world. His project has concentrated on the material and immaterial conditions that inflect, alter or color the experience of Islamic, modern and contemporary “Arab” art. Here, his works engage some familiar and peculiar architectural and display features (floors, shadows, frames, walls, views) he’s encountered in various historical and imaginary, current and future museums in the Arab world.

Raad was born in Lebanon in 1967. He lives in New York City where he teaches in The Cooper Union’s School of Art. He is also a member of Ashkal Alwan’s Home Workspace in Beirut, and the Gulf Labor Coalition. His work from the last 25 years has explored how events of extreme physical and psychological violence affect bodies, minds, and culture.

He has had one-person exhibitions at the Hamburger Bahnhof, Berlin (2006), the Reina Sofia Museum, Madrid (2009), the Whitechapel Art Gallery, London (2010), Museo Tamayo, Mexico City (2011), Carré d’Art, Nîmes and MADRE Napoli (both 2014). His work is in the collection of the Museum of Modern Art, the Whitney Museum of American Art, the Walker Art Center, the Kunsthaus Zürich, the Centre Pompidou, and numerous other institutions. He is the recipient of the 2011 Hasselblad Award.

For more information, please contact the gallery: (212) 255-1105 or info@paulacoopergallery.com

We may feel so small in this huge world, but know

But seek first his kingdom and his righteousness,

“Repent, then, and turn to God, so that your sin