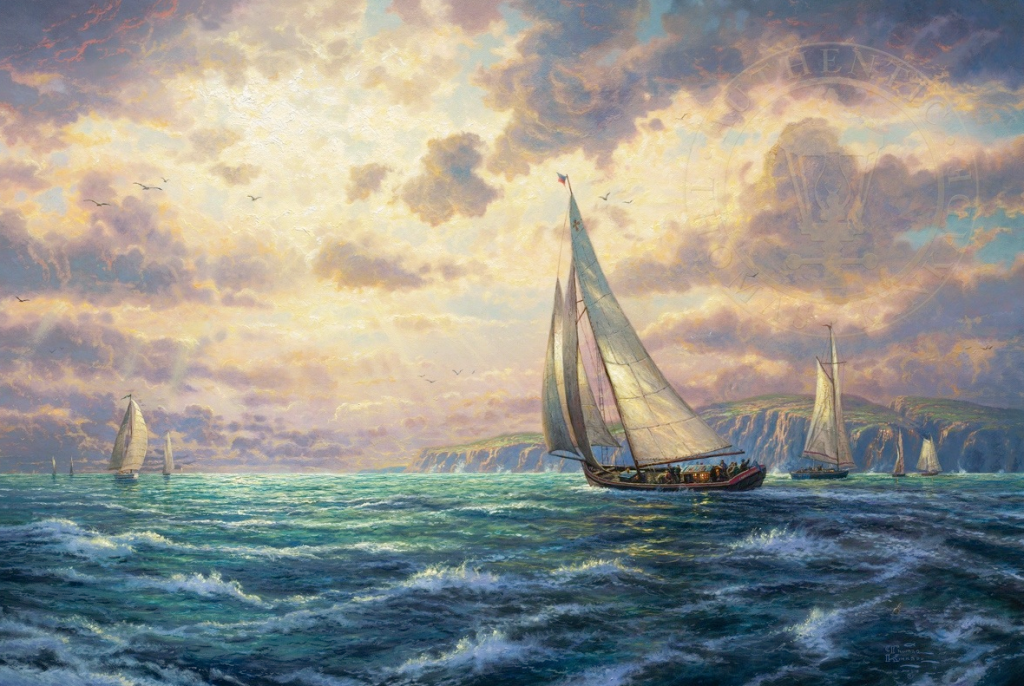 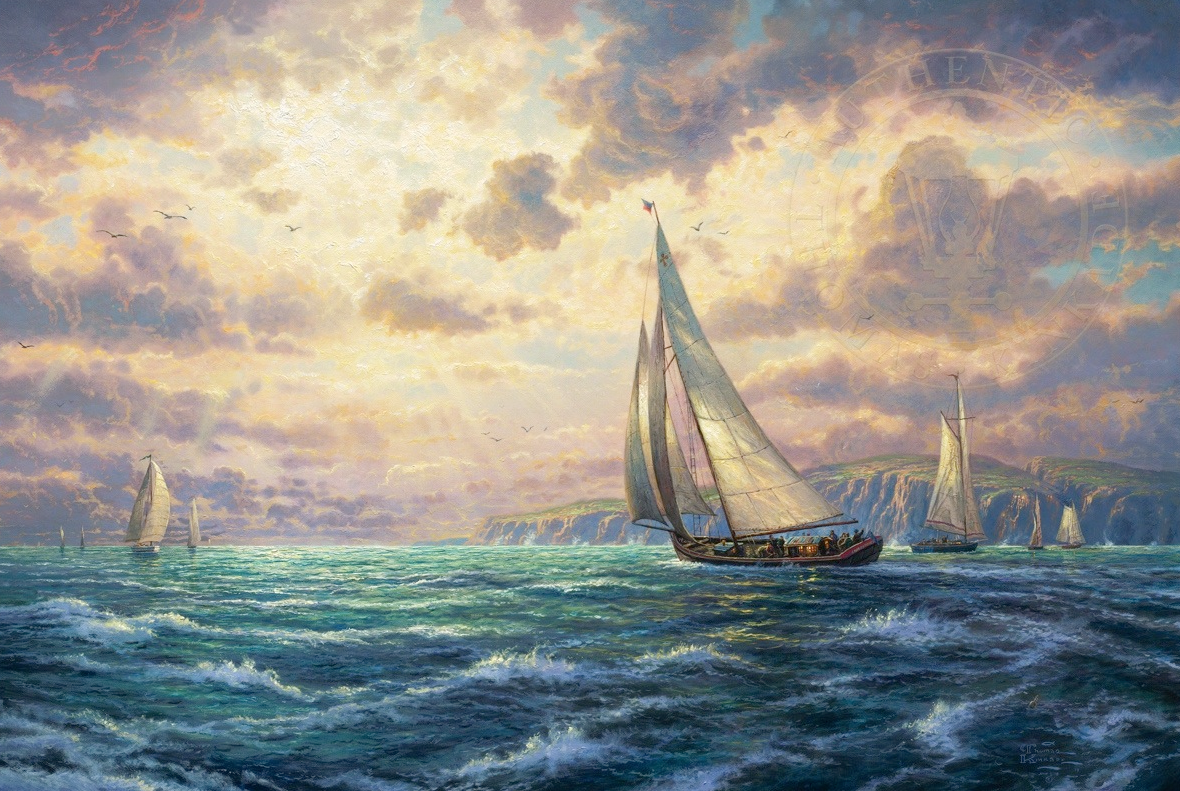 New Horizons, my third Life Values print, celebrates the dramatic expansion of our horizons that follows the act of courage.

My New Horizons takes us to a timeless harbor of the 18th Century. This classic ship sets confident sail for distant shores under a dramatic sky, as God’s rays pour from the heavens, reminding us that, with God’s help, our life can be a bold exploration of all that is new and enticing in the world.

In the very begi nning of his artistic career, Thomas Kinkade put his entire life savings into the printing of his first lithograph. Though at the time he was already an acclaimed illustrator, Thom found that he was inspired not by fame and fortune, but by the simple act of painting straight from the heart, putting on canvas the natural wonders and images that moved him most. It was this dedication and singular-minded focus on the ultimate goal of Sharing the Light™ that made Thomas Kinkade, a simple boy with a brush from the small country town of Placerville, California the most-collected living artist of his time.

Throughout his life Thomas Kinkade shared his joy and used his paints in support of hospitals, schools, and humanitarian relief. Though the recipient of countless awards and honors, it was Thom’s profound sense of purpose that his art was not just an accessory, but also a ministry, that continues on as his legacy. From custom images that were sold for The Salvation Army, Hurricane Katrina relief, Rotary International, to donations that now grace the halls of St. Jude’s Children’s Research Hospital, the White House, The Vatican, and Britain’s Tate Museum, Thom raised hundreds of thousands of dollars over his lifetime for charity.

Thomas Kinkade the artist was also a devout and loving family man. It was this devotion for his family that inspired him to add symbols of his love to his artwork. Numerous paintings contain hidden “N’s” representing Thom’s lovely wife Nanette and many other paintings include the numbers 5282 as tribute to their wedding date May 2, 1982. Thom’s four daughters were also included in his artistic process- after the birth of each of his daughters, Thom painted adoring images in each of their namesake; Evening at Merritt’s Cottage, Chandler’s Cottage, Winsor Manor and Everett’s Cottage.

Thomas Kinkade, the Painter of Light™, emphasized simple pleasures and inspirational messages through his art – and the branded products created from that art. From textiles, to collectibles, to music and books, Thom gave credit to a higher power for both the ability and the inspiration to create his paintings. His goal as an artist, who was Christian, was to touch people of all faiths, to bring peace and joy into their lives through the images he had created.

Thom’s dearest wish had always been that his artwork would be a messenger of hope and inspiration to others – a message to slow down, appreciate the little details in life, and to look for beauty in the world around us. As millions of collectors around the world sit back and enjoy his artwork in their homes, there is no doubt that Thomas Kinkade had indeed achieved his goal of Sharing the Light™.

PrevPreviousEverything That Was Broken
NextWhy Are We Called to Encourage?Next