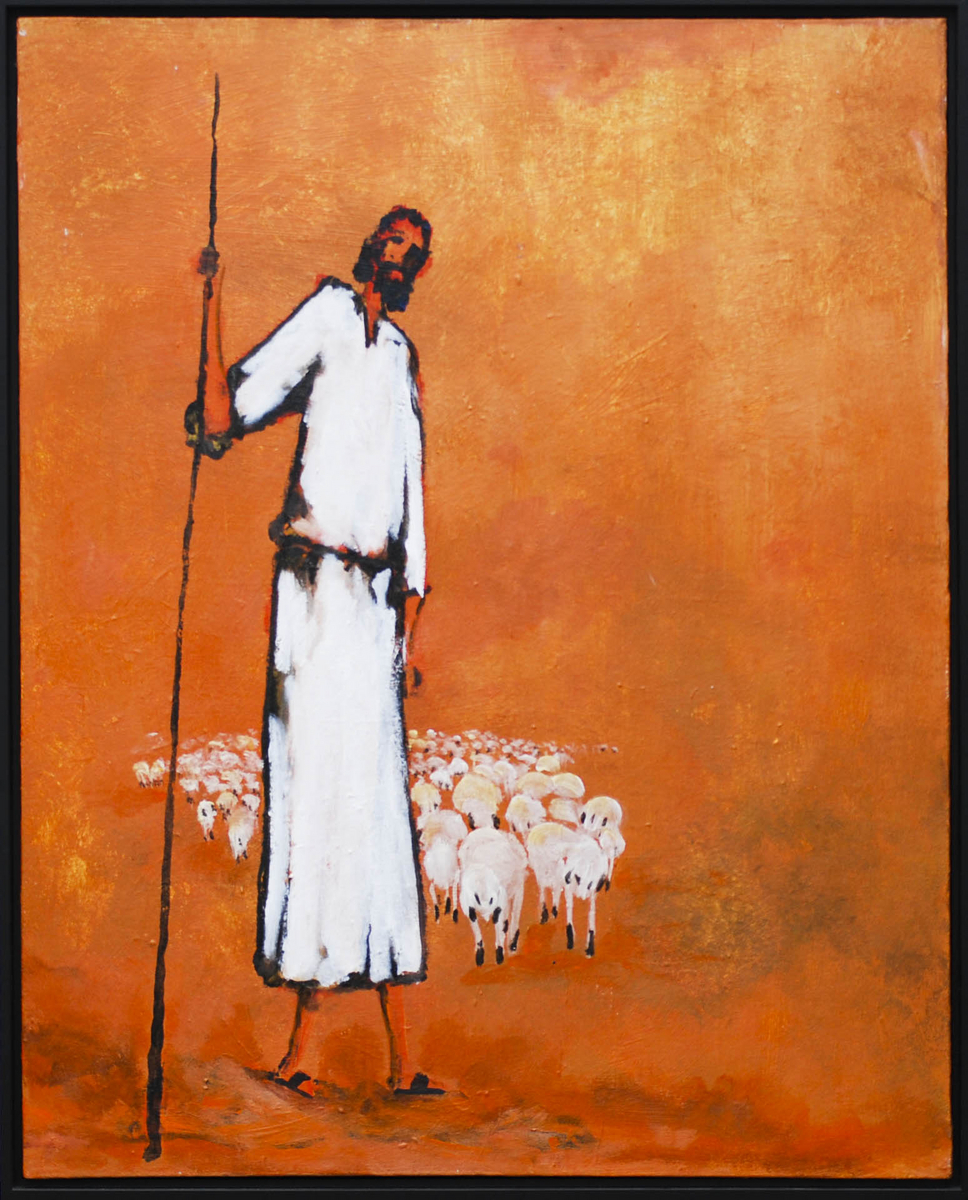 Shepherd and His Flock

Each one of Daniel Arredondo’s paintings has a story or tells a story. The story may be the message he is trying to convey. Or, it may be what he was feeling or thinking about when he did the painting. He thinks a painting should tell a story or have a message – otherwise it is a decoration. There is nothing wrong with decorations, his house is full of them. He just think a painting should say something.

Although I learned to paint in public school, I took classes in both instructor and open classes at ACC and UT and Laguna Gloria – I consider myself “self-taught”. I think being self-taught has given me freedom to use or not use well established rules, experiment and to make my own mistakes.

I learned in elementary and in junior high school that I could draw. All my friends would ask me to draw things for them. I learned to paint in high school – Mrs. Reynolds art class at Johnston High School in East Austin. I would paint before school, at lunch, during art class and after school – it was great. Mrs. Reynolds was well connected with West Austin society women. They would come to our school and buy our paintings for four dollars each. I would get two dollars and the art club would get two dollars.

A few years ago I got an email from this lady in Houston looking for the artist that did a painting in 1966. She sent a photo of the painting. The painting had been in her home and her husband’s office in Austin and it was now being auctioned for an arts benefit. I sent back an email describing how I did the painting and told her I had the brother to the painting in our living room. I inquired, but I never did find out what her painting sold for.

Now I have my own studio and paint and show “full time”. I sell at my studio and at different shows around Austin. It is exactly what I thought it would be when I was going to school – it’s great.