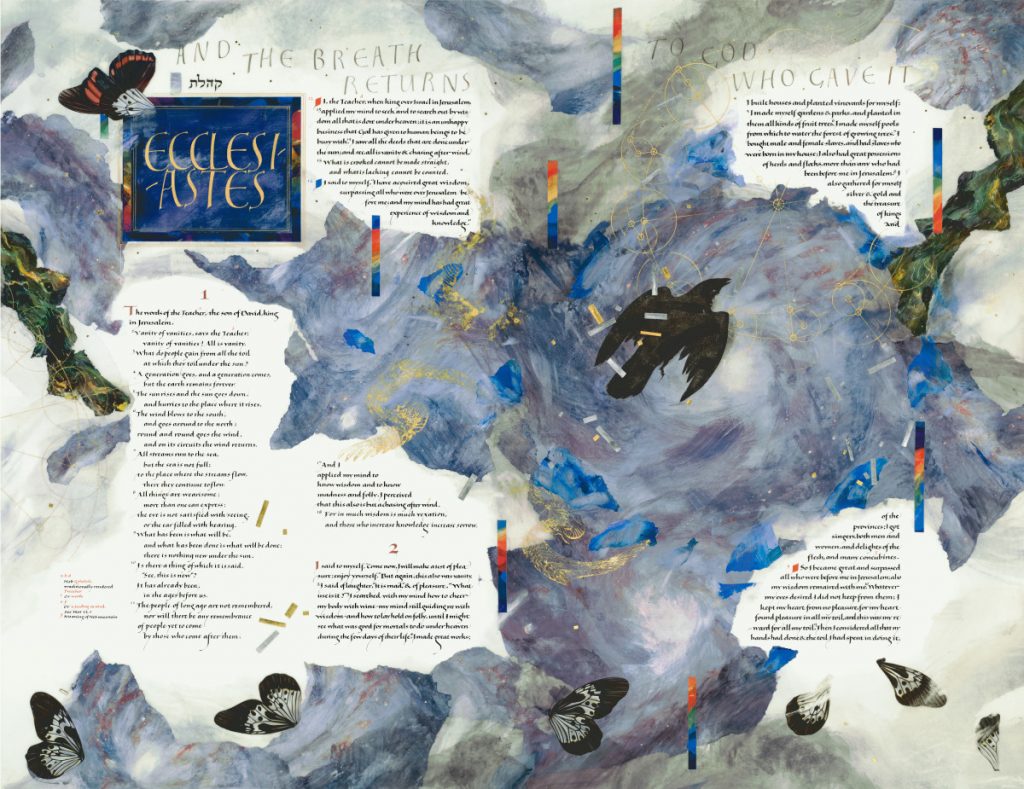 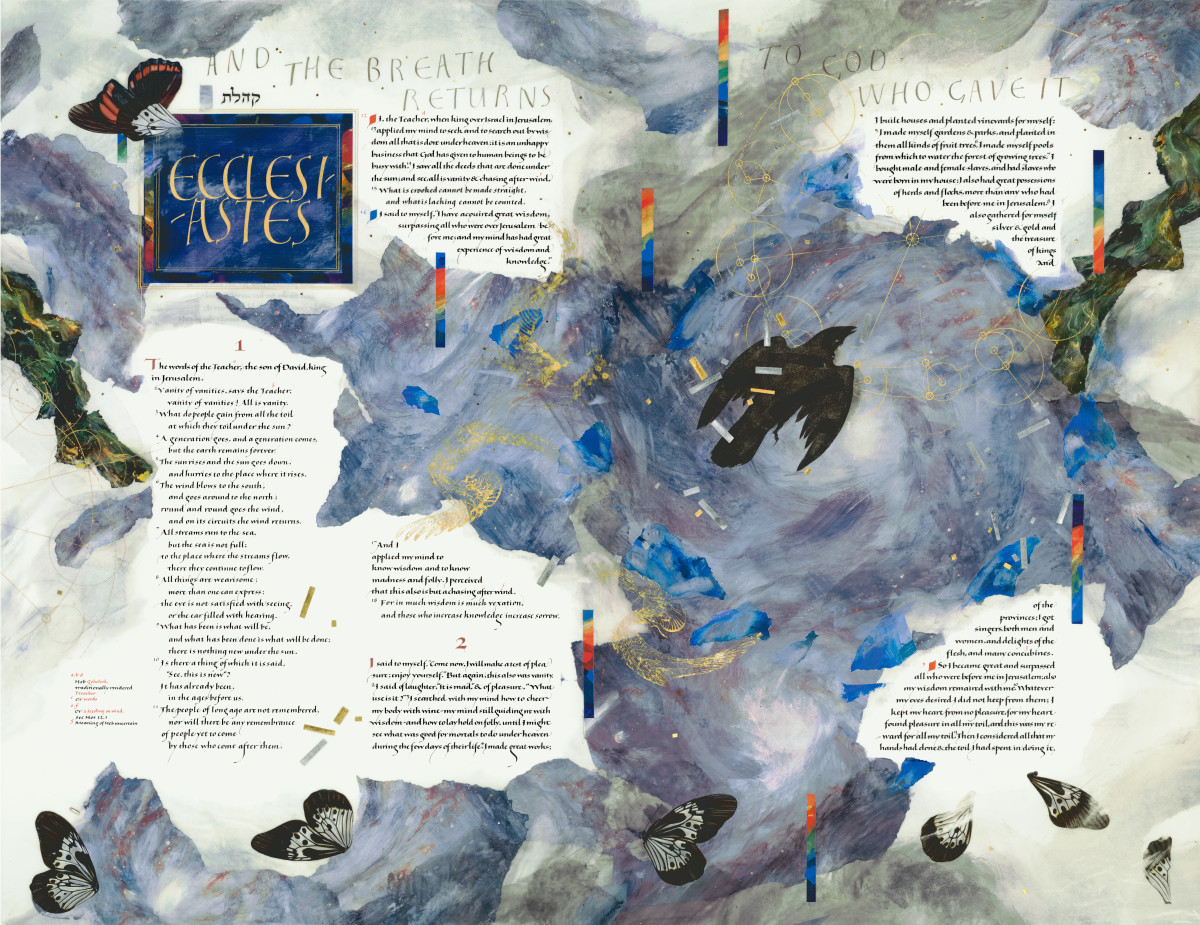 Because of the Fall of Man into sin and separation from God, there is a large gap between God and Man. Of course, this makes for a lot of misunderstandings towards God and the hearts of people are blocked off. We know Jesus came as an ultimate bridge to fill in the gap between God and the world. And we as Christ followers hope to serve as small bridges to Christ for others. Especially as Christian artists, we hope to do this through art. I think art is so unique and wonderful because it’s something everyone can understand. It breaks through language barriers and can cause the stubborn hearted to look and listen at what a piece is trying to say. Art is such a wonderful medium to use to further God’s kingdom, but with this great tool, we must hone ourselves spiritually. This is what a man by the name of Donald Jackson understood.

He understood that, if used correctly, art as the ability reach further, easier. For the people, who would’ve never stepped into the church, they can still receive the grace of God. For the illiterate or even children, they can come to better understand God’s Word through an image. So Jackson acted on this knowledge and in 1995 came up with the idea of what is known as the Saint John’s Bible. It is a hand-calligraphy, hand-drawn Bible filled to the brim with beautiful illustrations, or what they call illuminations, to go along with the already awe-inspiring Word of God. When gathering artists, art historians and theologians to help create this book, Jackson’s goal was to make the reading of this Bible a communal experience. One person can testify to the power of the Word of God combined with art:

“Jason Engel was headed home after giving a presentation on The Saint John’s Bible at the University of Chicago. As it became his custom, he stopped at a McDonald’s for a bite to eat on Chicago’s south side.

Engel was standing in line, holding a small bible in his hand, when a man approached him and asked, “Are you a Christian?”

The man introduced himself as Michael. He was homeless, and had just missed his bus to get back to the shelter he was staying at, so he asked Engel to eat dinner with him.

Michael revealed that he had just been “saved” by Jesus and was writing poetry for Him. After reciting his poetry for an hour, Engel stopped him and said, “I have something to share with you.” He went out to his car and returned with the Pentateuch volume, opening it up right there on the table in the restaurant.

“The first time anyone sees it, they have this really intense reaction, and it’s hard to describe unless you witness it for yourself,” Engel said. “He was like, ‘What is this? Can I touch this?'”

Because the Heritage Edition is a reproduction, it’s meant to be handled by others, as long as they have clean hands. “We want people to touch the pages, to feel what the paper is like, the ink. The tactile experience is very important.”

As Engel explained the Bible, an elderly woman approached them and asks what’s going on. “It was that same reaction of awe and surprise. She’s very moved by this experience and soon she and Michael are sitting there together, reading passages from the Bible and talking about what they see in the illuminations.”

One by one, others approach the group, including a group of teenage employees. Then the manager – who at first was none too pleased her employees were not at work, but softened when she saw what everyone was looking at, Engel recalled.

Engel described the experience as one of the most unique he’d had in his four years as a volunteer ambassador with the bible’s Heritage Program. “The Heritage Edition is such a large book, not something one person can read from,” he said. “The communal experience happens almost every time.””

One man testifies, “What’s nice about these images is that it’s not exactly representing what the picture is showing. We see it in the image of the nativity, and all the things that people can see in that one image. It really enriches and takes you deeper into the text.”

When I read about something like this, it reassures my conviction in the power of image; the power of art combined with God’s Word is a magnificent, prevailing thing. Yes, in working for the church, making websites and in doing technical work, art and design are extremely important, but even in something as tangible as evangelism and speaking with someone one-on-one, art can become a great and helpful tool in spreading the Word of God. This Bible is a great example of that. I hope we all can continue to strive to find ways to create art for God’s kingdom, that will reach the mass and can be seen by the ones who need to see it most. 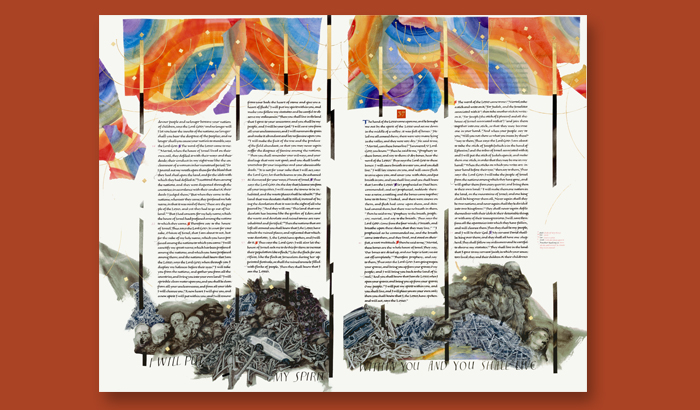 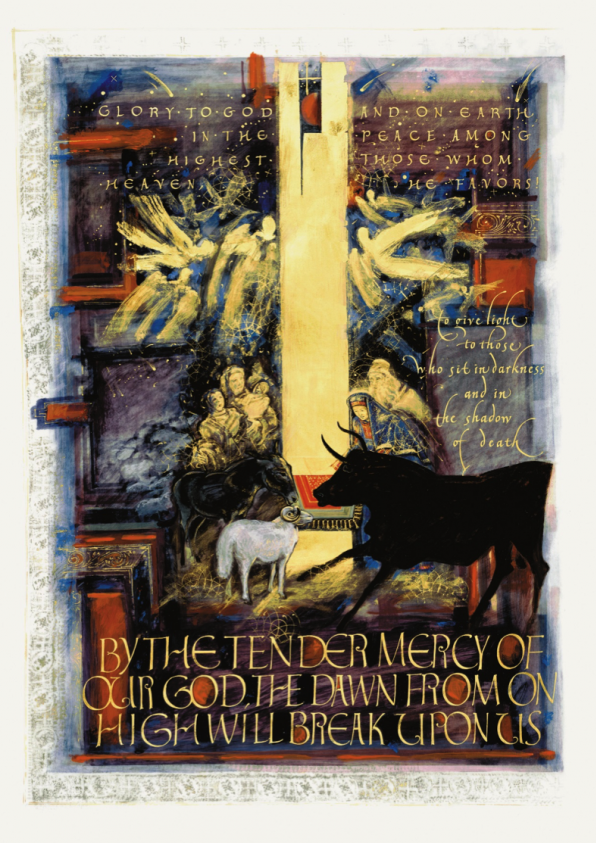 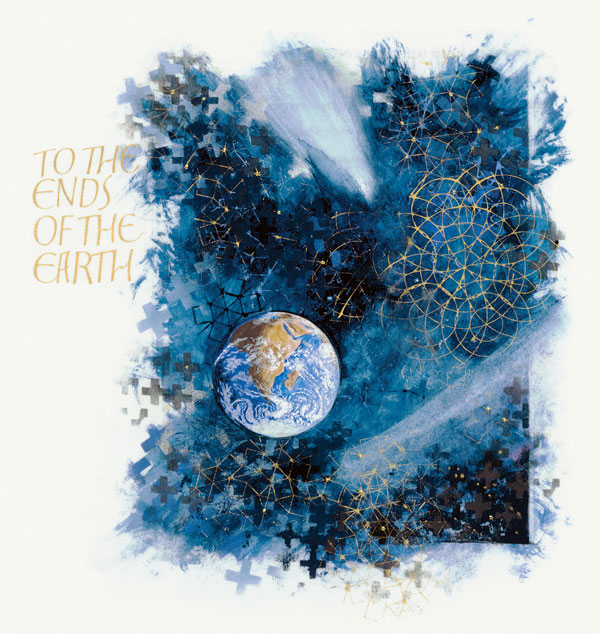